Woodworm – the term ‘woodworm’ doesn’t actually refer to worms. The term woodworm is associated with the larvae stage of various species of wood-boring beetles.  Once the larvae reach maturity, they develop into their adult form and leave the timbers.

Damage – Depending on the particular species, the severity of the infestation and the type of wood, the damage can range from being relatively minor to potentially catastrophic. In serious cases, the structure of the building could be seriously compromised.

In the UK, the following species are most commonly found:

Infestation –  Infestations are most likely to occur between May and September as this falls right in the middle of the breeding season for each of these species.

Risk Factors – Woodworm infestations can occur in buildings of any age and are usually attracted to damp environments.  If woodworm is present this likely indicates an underlying issue, for instance, a leak or improper insulation.

It isn’t just structural timbers that are at risk, as any furniture with timber in the construction is also susceptible to woodworm.

Don’t miss out on your

WHAT TO LOOK FOR.

There are several signs that you can look for and all of them are fairly clear markers that a woodworm infestation is present. Some of the most obvious indicators to look for include: 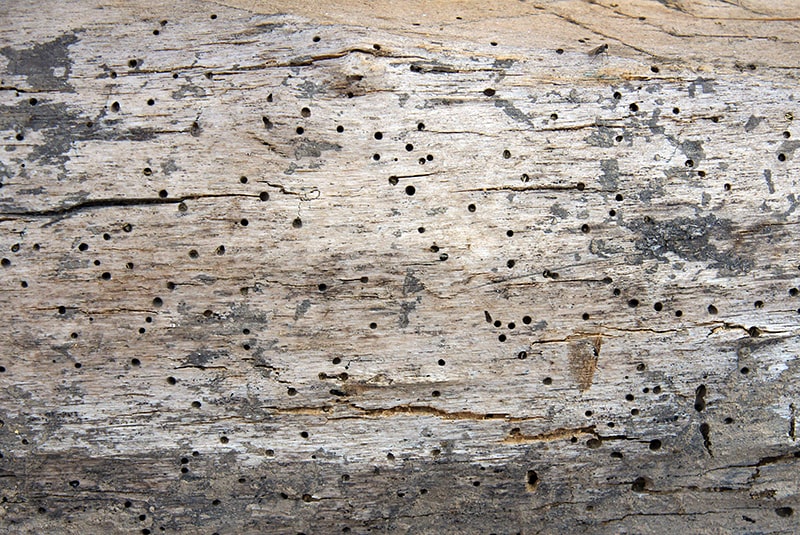 Assess – Our Surveyors will carry out a thorough site inspection and provide you with a full risk report, including an estimated timescale for effective treatment.  In many instances, these treatments require properties to be vacated for only short periods of time.

Access Timbers – Treatments to timber floors involve exposing the timbers by lifting floorboards in a parallel manner to gain access to the void underneath. We will carry this out with minimal disruption to you and your property.

Application – Our Technicians will then apply No. 1 Home’s insecticidal timber preservative to the complete area. Our insecticide is specially formulated for deep penetration into the timbers, in order to ensure eradication of existing woodworm infestations and future protection of the timbers.

We will be able to organise a convenient date and time to come and survey your property and determine whether you have a woodworm infestation and the severity as well.

With so many years of experience, you can rely on No. 1 Home and our professional team of tradespeople and surveyors to deliver exceptional results when tackling woodworm in Bournemouth and across Dorset.

We will be able to organise a convenient date and time to come and survey your property and determine the presence and severity of a woodworm infestation.

If you can benefit from superior woodworm treatment, get in contact with our team today on

The team of two worked well with a very high standard and were proud of their finished work. I was very pleased and would like to recommend them to anyone.

I was very pleased with your team today, they arrived early and I am very happy with the work carried out. My property has been left clean and tidy. I would recommend this company to anyone.

The team who carried out the work at my home today was spot on, they arrived on time and carried out excellent work. They left my property in a clean and tidy order. I will be using your services again and would recommend.